Good management appeals to our feelings. It arouses our passion and gets us to give our best. If we try and explain why we are so effective, we speak of strategy, vision or convincing ideas. But in reality something much more fundamental is involved – emotionally intelligent leadership.” [1] A high degree of emotional intelligence when dealing with yourself, i.e. the ability to manage yourself very well, is a requirement for the ability to also lead other people with emotional intelligence.[2] 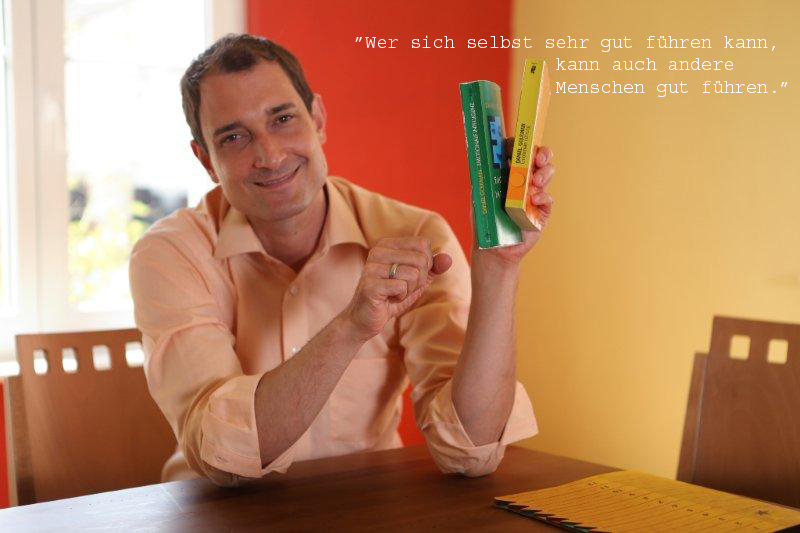 The crux of the matter is that overstretched management imagines itself far more frequently in emergency situations than they “actually” are. Tension leads to the authoritative voice of command or even a bout of quick temper. The tone is not readily accepted by employees, teams or colleagues and the extent of the so important but excessive “dosing and packaging” may (above all with sensitive employees at least) have an off-putting, harmful or even traumatising effect. Such a “style” is more than enough once a month, if at all, completely inappropriate every day, and disastrous for staff retention. Management should also be aware that, with today’s transparency, employees will easily suss out whether there actually is an emergency or not.

Quick-tempered management behaviour out of habit?

Massively counter-productive: Quick-tempered management behaviour that has set in over years out of habit and is regarded as still required out of belief: “Targets were reached”, so it goes, “for this very reason…! Because we worked at any cost!” On closer inspection, those concerned are avoiding looking back – the wreckage and overexploitation of health and people who were ignored, harmed and completely lost as humans litter the path. And who have no further contribution ready for any new target set, or possibly even start to undermine their supervisor. What a horror, what living conditions for the boss. Achieving targets in this way is of doubtful success and only superficial. The at-any-cost mentality may seem just like the dark ages to good, sensitive employees with an unattractive and off-putting effect.

Very good employees are elusive. They are sensitive and take their leave of company cultures that are not conducive to developing their potential and skills. Others work to rule or resign themselves.

An example of exemplary emotional leadership was provided by Barack Obama[3] in his very first inaugural speech, when he turned to Islam. By analogy, he said that Americans were not the enemy, but were people as well. There were many comparable values and goals, and they also wanted peace. He was well aware of this as he had spent many years in Islam, including having grown up in Indonesia. Obama extended a hand during this speech. He was able to authentically convey aspiration in line with the vision of peace that reflected the same values, due among other things to his origin. He had achieved more for world piece in just one speech than his predecessors had done in many years. With its worldwide effect, the new style of leadership in the White House was powerful and, at the same time, Obama’s greatest hope.

Dr Franz Alt manages masterly in his presentations to teach aspiration according to the success of the energy transition. Even more, he conveys the yearning to be able to make a contribution to receiving and maintaining creation. As soon as the lights come on, his listeners start immediately to think of solutions themselves.

In the well-known words of the Small Prince: “If you want to build a ship, don’t drum up men to procure wood, issue tasks and assign work, but teach them the ambition to cross the open ocean.” [4]

What sort of aspiration do you feel qualified to teach? How will you start to notice if you have managed it?